Funeral of Sridevi: Sridevi on the last journey farewell with state honours. After the death in Dubai on Saturday, Bollywood actress Sridevi has finally gone on her last tour. His last journey has begun in a specially decorated white vehicle from the Celebration Sports Club. From here it will be the Vile Parle Seva Samaj crematorium where his Funeral of Sridevi will be done with full state honors.

The chariot of Sridevi’s last visit is completely decorated with white pools and in it the picture of Sridevi is placed in front of it. In it, his body is decorated like a bride and wrapped in a tricolor. Apart from Boney Kapoor, Arjun Kapoor and other family members are present along with the body.

On the way to the final trip, the fans of their loved ones are excited to give their last farewell to their favorite actress on both sides. 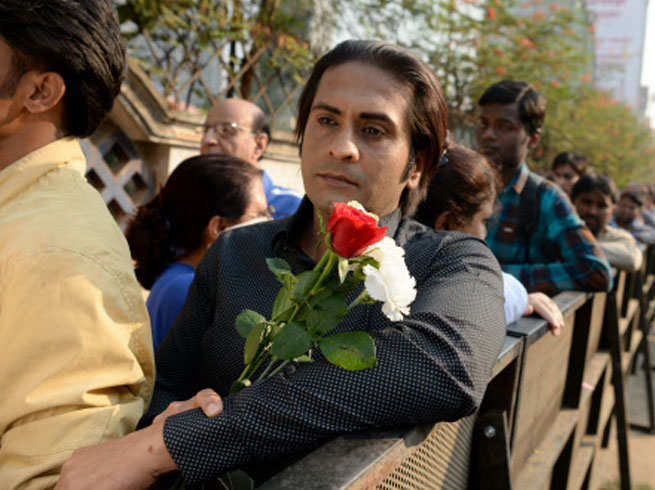 After her visit, Hema Malini tweeted:

Read More: Live Update: Forensic report of Sridevi handed over to family-embassy Dead body will be brought to India

“Paid my last respects to Sridevi. The entire industry was there grieving, some on the verge of breakdown. Such was her aura & magic in films. She lay there, beautiful in a red saree, serene in death & totally at peace”.

Read More: Sridevi died due to accidentally Drowned, Records of the statement of Boney Kapoor